Up to Speed: A Chat with Director/ Cinematographer Nick Bentgen of ‘Northern Light’

This week, Northern Light (T/F 2013) receives its theatrical premiere at the Maysles Cinema in New York City. It screens at 7:30PM nightly through June 22. Filmmakers Nick Bentgen and Lisa Kjerulff will be in person at Thursday and Friday’s screenings. For tickets, visit this page ( http://www.brownpapertickets.com/event/669737).
-Chris Boeckmann

From a snowmobile driver’s perspective, a race consists of careful maneuvers and breakneck turns. For the detached viewer, it amounts to, literally and figuratively, going in circles. Five hundred of them, in the case of the Sault Ste. Marie I-500, the race at the center of Nick Bentgen’s Northern Light.

In his directorial debut, Bentgen observes the households of Walt and Isaac, strong-willed, hardworking racers who reside in the Upper Peninsula of Michigan. Walt is a dedicated father and seasoned rider whose racing career seems to be at a standstill. Isaac is a young and ambitious rising star, married without children. As resolute in its vision as its characters are to their sport, Northern Light is an immaculately photographed and intricately structured study of their world.

One of its fundamental interests is competition, which looms heavy over the community. Sport, which the film observes not only in snowmobiles but also in bodybuilding and auto racing, is an alluring, inescapable presence that’s frequently at odds with an even bigger competition, capitalism. Bentgen’s camera registers the physical and emotional tolls of both.

But as much as it is an essay about the American struggle to balance checkbooks and athletics, Northern Light is also an incisive character study, wedding empathy and scrutiny to bewildering effect. This is a film where characters perform tender acts of altruism one moment and engage in casually bigoted dinner table conversation the next. Bentgen trusts us to navigate — revel in, really — all this messiness.

Too often nonfiction films take characterization and plot tips from the tidy world of fiction. A meticulously constructed film of ellipses and characters who inspire wildly conflicted emotions, Northern Light seems to find its storytelling inspiration from some completely new world: the real one.

A year ago, I interviewed director/cinematographer Nick Bentgen via Skype a week before his film celebrated its New York premiere at BAMCinemafest.

T/F: I’m wondering if Northern Light is very different from the film you set out to make.

NB: I was staying in this cabin that my dad and his siblings all shared — it’s actually my grandpa’s cabin, he passed away a long time ago — and I knew I wanted to tell a story set in this place I spent a lot of time in as a kid. I had only a few DVDs with me. Nashville was one and also Two-Lane Blacktop. When I first found the I-500, I remember thinking, “Oh, this is just likeNashville and Two-Lane Blacktop!” Of course it’s not. It’s nothing like that, but still, I kept coming back to those masterpieces while I was making this movie. Gradually it became its own thing.

T/F: The reason I ask is — perhaps this is something that’s entirely accomplished in the editing, but it feels like there are so many moments where you have a clear idea of the film you’re making, of its themes. For example, during the race scene when you manage to capture Emily and James, two characters who don’t really seem to know each other, in the same frame as one tells a crewmember that God’s going to bring their team to victory and the other complains to his buddy about body aches.

NB: Well, yes. By the second or third week, I realized the film was about this community, that this place was the story, regardless of who we eventually ended up focusing on. So like Nashville or any movie that’s a large community portrait, I felt it was fair game to let anyone pass in and out of the story. So sometimes people you haven’t met will just appear, you’ll get a little bit of their story and then they’re not in the movie anymore.

During the race, we were very lucky that multiple people we had been filming with were in the same place. It was irresistible to put them in the same frame. Also, we only had one camera, so microphone placement was very important. We had to decide who the story was about on that shooting day. That shot where James and Emily are in the same frame is this beautiful moment. They’re on completely different wavelengths and yet they’re in the same community.

T/F: So on that day you chose to put the mic on Emily.

NB: Right. With a verite doc, I feel like how you make it is so tied up with why you’re making it because you have such limited means. We knew it was a big day for Isaac, and with Walt’s team, they didn’t have a radio system we could use. There were logistical reasons why we chose to put the mic on Emily, but it was the best choice. She became so excited, and the story totally funneled through her in this great way.

T/F: Going into the I-500, it doesn’t feel like Walt has much chance of winning the race.

NB: Walt has a philosophy of life that I really appreciate and respect. That’s why I spent so much time filming with him. The bigger things he focuses on — spending time with his family and working hard — make him a really captivating subject. And flawed, like all of us. Early on, I asked him, “Do you think you’re going to win?” And of course he wants to win. And he’s done well in races, but I don’t think that’s why he does it. He doesn’t do it to win. Isaac has a much different philosophy. He’s out there to win. I think that contrast is why they’re interesting as subjects.

T/F: If Walt doesn’t race to win, what’s the draw?

NB: Speed. There’s this scene we cut where he says “Once racing is in your blood, it never goes away.” He grew up doing it. Lots of the guys who are into snowmobiling got into it at a very young age.

T/F: Structurally, I find it interesting that you frontload a lot of really challenging moments, particularly instances of sexism and homophobia.

NB: Our one strategy in editing — or dilemma, I guess — was being true to the environment Lisa and I were in when we filmed. Maybe it was just by happenstance, or maybe it was conscious, but the final movie is structured a lot like our experience there. At first, we didn’t know these people, and with any stranger, you take a lot on assumption. In any community, there’s xenophobia or some other issue that prevents you from identifying. As you’re watching the film, I want you to go through that process of estrangement and then become closer with these people and feel like a part of the community.

T/F: One of the reasons your film stands out from a lot of other observational documentaries is the photography. You consistently use a tripod. I’m wondering if your camerawork changed very much over the course of production.

NB: It’s funny, I really feel like the first month or two is the best photographed stuff. That’s partly because the camera was a barrier, this wall I put up. Emily, Walt, Isaac — I connected with all of them at different times during the shoot. If you watched the 300 hours of dailies, it becomes clear that I start caring less and less about what the image looks like as I become more interested in what’s going on. But we did have a rigorous rule set. The first rule was to use a tripod whenever possible, and the second was to not screw with the camera if at all possible. There are a lot of times where the camera feels like a fly on the wall, and that’s because it is: it was just left there.

T/F: Was documentary new to you?

NB: The film’s editor Yoonha [David Park] and I have grown up together in the film industry. We went to school together, and we worked for a music website called Pitchfork where we had 15 minutes, maybe an hour, with our subjects. That was a good early experience.

Most of the jobs I could get as a filmmaker were often doc-style. I wasn’t usually given a lot of toys or money, so you tend to fall into this documentary style regardless of what you’re filming. After a while of shooting documentary, I realized it was the best way to tell stories because you can’t control everything. And then you have to make decisions very fast. It’s also the best way to learn to be a DP.

T/F: I’m wondering if you can talk about photographing the I-500. Your technique feels pretty unconventional. You don’t get a whole lot of coverage of the race itself. You don’t mount cameras on the snowmobiles or stick cameras all around the track.

NB: It’s funny, I feel like the race scenes are more conventional than I ever expected them to be. There are also more of them than I figured. There are three in the movie. Initially, I set out with this really crazy artistic tactic. I said I was going to film the race in case I needed it, but my plan was to film from the checkered flag of one year to the green flag of the next year, never showing a race. But I figured out that it was completely not true to the experience of people in this community. I really needed the viewer to care a little bit about those races because all the people I’m filming care a lot. If you don’t care at all, you don’t understand where all these people are coming from. So it became a big part of the film’s narrative.

At some point, I saw Senna and said, “Well, I’ll never be that good. I’ll never make anything that thrilling.” There are also logistical reasons why it’s shot the way it’s shot. We had one camera, so there was no way to keep track of all the racers . You’d need eight cameras on the track. It would have become a big production. Instead, I decided to embrace the tools we had. When I later saw the footage, I thought it felt like a removed version of a race, which matched the aesthetic of the rest of the movie. The camera is never telling you how to feel, and you have to find other ways in.

T/F: I sort of want to ask you about the way you use nature throughout the film, but it seems like a silly thing for you to discuss.

NB: I haven’t done that many interviews. After you’re done with a film, it’s easy to put everything in a this-is-the-reason-why box. But my favorite filmmakers, Altman especially, say there’s not really an explanation for everything. The whole time we were making the film, we wanted to get across the experience we had. It was more a tone we were going after. And nature is just an all-encompassing thing that dictates life. I feel like explanations are easy enough to do, but it limits what the movie is or what a story can be. I don’t really have explanations for everything.

T/F: That seems like a good place to stop. (laughs) 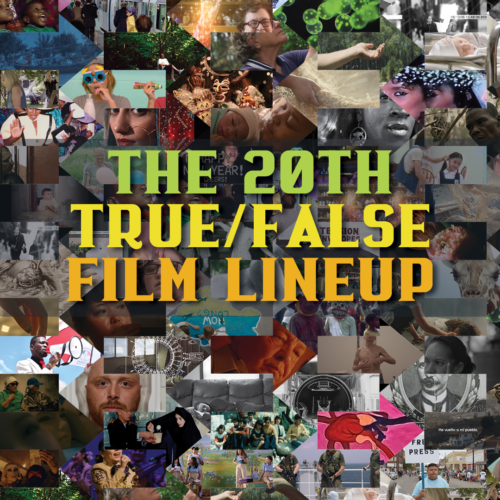 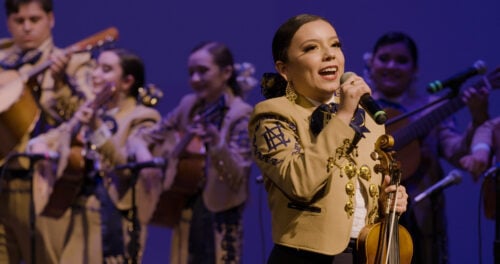