Columbia, MO – The Ragtag Film Society’s Board of Directors is proud to announce a progressive change in leadership. As the parent organization for the True/False Film Fest and Ragtag Cinema moves into its third decade, the board has embraced a modern, agile approach in adopting a collective leadership model. Barbie Banks, Camellia Cosgray, Arin Liberman—who have 30 years combined experience working within the organization—will serve as the new Co-Executive Directors. In a year that is certain to be full of uncertainty, the new leadership team is dedicated to re-imagining what both a festival and an arthouse cinema can be while continuing to serve the Columbia and wider film communities through meaningful programming and partnerships.

On this change, Board president Shon Aguero states, “Over the years, Ragtag and True/False have been ahead of the curve when it comes to innovation, experimentation, and a willingness to try new ways of doing things. We have three incredible leaders on our staff and we think we have a real opportunity to once again be thought leaders.”

The immediate future is going to be a deeply challenging time for the film exhibition and event industry. With a collective leadership style, RFS is strategically shifting towards the agility required to adjust to these times, while simultaneously laying groundwork for long-term stability. Former RFS Executive Director Jeremy Brown left his position in early June. Brown had been with the organization since 2009, became the Fest ED in 2017, and was greatly responsible for guiding the festival onto a financially stable path. His promotion from ED of the Fest to the single ED for the organization was an important step in the unification of RFS’s two major projects.

Moving forward, Banks, Cosgray, and Liberman will continue these unification efforts; the two projects are stronger together—offering patrons, artists, sponsors, donors, and other partners the benefits of both platforms: a year-round arthouse cinema and an annual, beloved cultural event. RFS knows cinema is an essential artform that is a vital way to amplify diverse experiences and identities, and our role in making this work accessible strengthens our communities. Leadership will prioritize matters of equity and sustainability, in part by placing emphasis on the health, safety, and growth of staff and volunteers.

In the spirit of continuing RFS’s habit of embracing atypical titles, the new leadership team will more commonly be known as the organization’s Co-Custodians. The word “ragtag” has negative connotations, but now there is a deeply positive perception and a high level of DIY quality baked into what ragtag means in the context of Ragtag Film Society. Co-Conspirator is another example, used by the festival co-founders to represent how they saw themselves as entrepreneurs in the early days, which now also conveys the creative ambition with which they led. “Custodian” in the context of RFS, is to serve as caretakers and protectors, keeping a flame alive—continuing to feed it with new ideas and sustenance so that it can, sustainably, burn on for a long, long time. The word may have humble connotations for some, but that is the point—that the leadership team is there to nurture something bigger than themselves and that the custodial duty is essential. RFS values a team-player-willingness to do whatever is needed, and leadership here is never above sweeping up the popcorn.

Barbie Banks has a rich background in nonprofit management and found her way to arts nonprofits work by volunteering with the True/False Film Fest in 2011.  She joined the RFS CORE as the True/False Hospitality Coordinator prior to the 2013 festival and was named Managing Director of Ragtag Cinema in November, 2018. From 2016 to 2018, Barbie was the Executive Director of the Citizen Jane Film Festival at Stephens College where she grew the festival’s program, with an emphasis on creating an artist retreat for attending filmmakers. In 2020, Barbie was appointed as one of three Co-Executive Directors to lead RFS; the parent organization of Ragtag Cinema and True/False Film Fest. Barbie has a bachelor’s degree in social science and education from William Woods University and a master’s degree in social work policy, planning, and administration from the University of Missouri. Barbie is a Scorpio sun, with a Pisces moon, and an Aquarius rising.

Camellia Cosgray has been obsessed with art in all its forms for her entire life, and even had delusions of becoming an artist herself for a time. After a few years of searching for her professional place in the world, she moved to Columbia, MO, where she stumbled upon True/False in late 2008. Camellia’s career with RFS reached its apex in 2011, when she worked with a team of volunteers to create one of the most memorable design elements in the T/F footprint, the “Map of the World” at the Globe Theater, which hangs year-round in the First Presbyterian Church in Columbia. She became part of the Fest’s management team in 2016 as Operations Director, and was promoted to Fest Director in October 2018. In 2020, Camellia was appointed as one of three Co-Executive Directors to lead RFS; the parent organization of Ragtag Cinema and True/False Film Fest. Prior to joining RFS staff, Camellia worked with a variety of nonprofits and educational institutions and holds a bachelor of arts in fine arts and a master’s certification in art education from Indiana University. Camellia is a Pisces sun, with Libra Moon and Capricorn rising.

Arin Liberman has spent her professional life immersed in film – from festivals to movie, television, and commercial production work. Raised in Washington, DC, she graduated from The George Washington University in 2006 while interning at the AFI Silverdocs Documentary Festival in Silver Spring, MD. There, she advanced from programming & special events assistant to Festival Producer while working concurrently on shows for National Geographic Television, the Discovery Channel and the Smithsonian Channel, as well as other fest gigs across the country. Arin started at True/False in 2011 as the Education Outreach Coordinator and Assistant Box Office Director. Since then, she has worn many hats with the Fest, from editing publications (including the 10-year anniversary book) to managing the programming team and serving as the org’s  first-ever Chief People Officer. In 2020, Arin was appointed as one of three Co-Executive Directors to lead RFS; the parent organization of Ragtag Cinema and True/False Film Fest. She is a Capricorn sun, with a Cancer moon & rising. 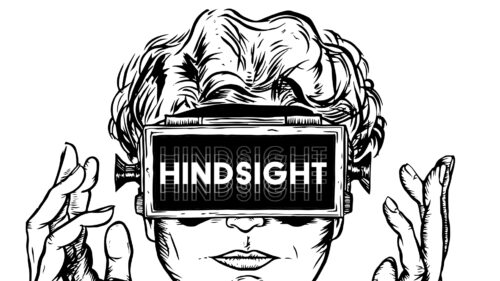 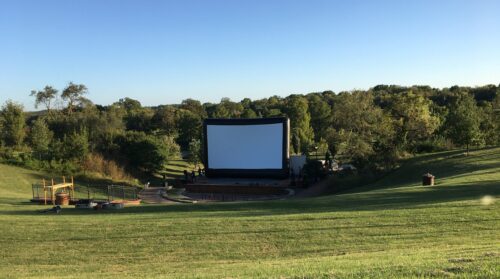