Grabbing a Gateway Packet and want to do some planning? Here are the films that will be available to Gateway Packet purchasers, in handy grid format and a list of film descriptions.*

Just a reminder, the Gateway Packet gives you the unique ability to reserve any combination of three tickets (multiple tickets for one film, or single tickets for different films) online before the festival begins. Gateway sales will begin at 10am on February 21 and end at 6pm on February 24. Just a reminder that you select your films at the time of purchase, so have those wish lists ready!

*Note, these are the films that are available at the beginning of Gateway reservations! Some films may go NRT as reservations continue.

Tultepec, Mexico is known for just one thing: fireworks. The city manufactures more than half of all fireworks made in Mexico, a good percentage of which will be set off at the small town’s annual festival for San Juan de Dios. With that background, you can let statistics fall by the wayside and fully immerse yourself in this spectacular, thunderous film, a true marvel of nonfiction filmmaking. Employing every trick in the cinematographer’s handbook (and making up a few new ones), Jakovleski keeps his camera in the midst of the action, as explosions flower around him and smoke fills the scene. Paired with a symphonic score by Dan Romer & Benh Zeitlin (Beasts of the Southern Wild), Brimstone & Glory is an adrenaline-fueled kaleidoscopic thrill ride for the ages. (DW) Presented by Spirit of ’76 Fireworks

The story of this beauty pageant princess’ murder holds a lurid place in American popular culture – a recurring standby at the supermarket checkout lane. But unlike those who’ve come before her, smelling dollars in the exploitation of true crime and family loss, Kitty Green is up to something grander. Casting JonBenet may share a starting point with those other tawdry tales, but its technicolor journey is far more ambitious – an effort to engage with the very fabric of American culture. And like a series of Russian nesting dolls, Green’s story unfolds on and off the set of a fictional feature film (or maybe it’s a fictional fictional feature film?) The end product, as sumptuous as anything by David Fincher, is also as emotionally and intellectually satisfying as any film in recent memory. (DW)

This exquisite work of deep-focus nonfiction cinema testifies that observational work is alive and well. Our hero, the 14-year-old girl Ola, is tasked with looking after her brother Nikodem as he prepares for his communion. Nikodem’s autistic tics soon become just a small part of a memorable character who’s both mischievous and irreverent. First-time director Anna Zamecka demonstrates her knack for capturing subtle gestures: Ola jostling her brother as he sits uncomfortably in a pew, their mom assembling a crib in an agitated state—and the siblings are seriously good at playing themselves. A capricious, Lonergan-esque tragicomedy, Communion delivers on a great Polish tradition of character-based documentaries. It also reminds us that most teenagers are ready for any challenge. (PS) Preceded by a provocation from Destiny Watford

Meet Dina. She gets her nails done, she rides the bus, and, once again, she has fallen in love. Despite a “smorgasbord of issues” (her mom’s words), Dina shines, engaged with both the world and her soon-to-be second husband, Scott. The couple’s idiosyncrasies are captured by an empathetic camera as she prepares for her wedding. Yet something lurks in Dina’s heart: a frightening past that she can’t shake. The carefully quirky visuals of an indie rom-com pair with Michael Cera’s bubbly pop-tastic soundtrack to capture the plastic surfaces of a distinctly American landscape. But the heart of the film is a truly unique love story, and Dina herself is a contagious smile, warming her TV-lit bedroom. (DK)

2014 True Vision recipient Amir Bar-Lev spent 15 years chasing down his bucket list project: an era-spanning portrait of the iconic counterculture band The Grateful Dead. Unearthing rare film footage, audio recordings, photos and live tracks, Long Strange Trip makes a mind-expanding case for the band as a utopian, cosmic phenomenon. We are plunged deep into the band’s acid-test experiments as leader Jerry Garcia emerges as a humble but driven shaman raised on Beat poetry and Frankenstein movies and transformed by psychedelics. The band’s ambitions are visually expressed in the outlandish Wall of Sound, a concert rig that took nearly all day for their rogue pirate crew to assemble. Over the course of 240 glorious minutes, plus a short intermission, Bar-Lev delivers a miracle to make even non-believers grateful. (PS) The runtime includes a 20-minute intermission.

Epic in scope but finely etched in its details, Quest introduces an American family unique in cinema history. First-time director Jonathan Olshefski spent a decade following Christopher “Quest” Rainey and Christine’a, aka “Ma Quest,” who run a basement recording studio in their tight-knit North Philadelphia neighborhood. Olshefski originally set out to capture this unusual community project, but was present as the Raineys’ endearing daughter PJ gradually came of age. Breathtakingly intimate, tenderly assembled, and rich with the drama of life, Quest sets a new bar for the labor-of-love film. Framed by presidential elections, it also serves as a bittersweet elegy for the Obama era in all its frustrated promise. (PS) Presented by The Crossing

Rats, the most under-loved rodents on the planet, live in the shadows, mostly confined to cages, sewers and trash cans. What does the ghettoization of rats tell us about our own species? In his feature film debut, director Theo Anthony creates a sweeping map of Baltimore through this denigrated animal. An eerie, futuristic narrator guides you on your journey through the streets of the city, stopping in an alley where rats are baited with peanut butter-wrapped lunch meat and inside a 3D simulation of the life of a caged pet. Each sharp, beautifully distinct scene coalesces into a precise and poetic portrait: a dystopian underworld of rats intersecting with a human environment determined to control these furry varmints, affecting every other living being within the city limits. (DK) Preceded by a provocation from Sarah Jeong.

Russian drivers depend on dashboard cameras to provide video proof when filing insurance claims and police reports. Composed entirely of dash-cam videos pulled from YouTube, this road trip nightmare takes us on a raucous, expletive-laden and very occasionally hopeful tour of the Russian countryside. Out of this wreckage director Dmitrii Kalashnikov deftly crafts a nightmare of epic proportions, full of eye-popping sights and morbid beauty, such as an endless burning forest, a runaway wedding guest and countless rounds of car crashes. Masterful editing and a keen sense of poetic justice add up to a dire warning of the future. Just try not to laugh as we all go down in flames. (AS) Preceded by a provocation from Stacy Kranitz.

Shot over three years, this gritty drama opens like an age-old hero’s journey tale but then veers into something deeply contemporary: a look at the intersection of working-class desperation and determination. The director found a match for his own artistic struggle in his jumbo-sized counterpart: a gentle, wounded soul, in search of validation and meaning between dusk and dawn. (JS)

Youth is not wasted on the young in these four tactile portraits. A masterful, alluring work, “The Rabbit Hunt” (dir. Patrick Bresnan, 12 min.) takes us to a sugar farm in rural Florida, where a high school senior deploys his troops with tactical precision. Then we cross the Atlantic for “My Daughter Nora” (dir. Jasna Krajinovic, 16 min.), a riveting, close-up portrait of a brave mother in the aftermath of her daughter’s sudden decision to join the fight in Syria. We traverse the Mediterranean and land in Tunisia, where young boys breakdance, hop trains and contemplate escape in the slice-of-life “Fares” (dir. Thora Lorentzen, 21 min.). Finally, with “Koropa” (dir. Laura Henno, 19 min.), we land in the frighteningly dark Indian Ocean, where a young orphan is learning how to covertly pilot speedboats full of migrants.

Blessin, Tayla, and Cori were only twelve when they first met, all newly enrolled at a Baltimore charter school. That first year, they formed a dance team, channeling their enthusiasm, frustrations, hopes and fears into the precise rhythmic dance form known as “step.” And that same year, Amanda Lipitz showed up with her camera, hoping to tell their stories. Six years later, they are seniors, each still working to attend college, but also wrestling with real life along the way. And, though their step team has matured into a powerhouse, they’ve still never won the prestigious Bowie State competition. Director Lipitz displays expert storytelling chops in her feature debut, delivering a deeply satisfying dance narrative while finding ways to surprise at every turn, especially as we meet each girl’s mother. Step is a joyous film, full of moments that will make you grin, make you cry and 100% make you want to dance. (DW) Presented by Veterans United Home Loans

Yu Xiuhua was raised to hope for little from her life in the rural Chinese province of Hubei. At 19, Xiuhua’s mother encouraged her to marry a man nearly twice her age, fearful no one else would accept a wife with Xiuhua’s condition––cerebral palsy. But as her 20th anniversary approaches, Xiuhua’s poetry goes viral, and she becomes the voice of a rising feminist movement throughout China. Director Fan Jian’s deeply affecting portrait traces an empowered woman coming to terms with the complications of finding her own identity in the midst of becoming a celebrity. As she balances those in her family, including her husband, who expected too little of her, with the pressures of newly found allies expecting too much, Xiuhua learns to define herself in her own words. (NB) 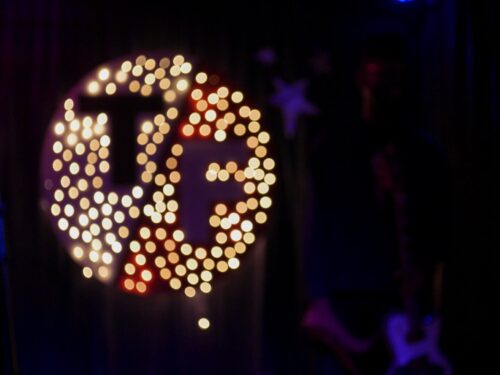 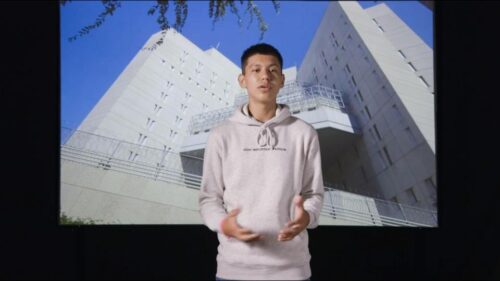 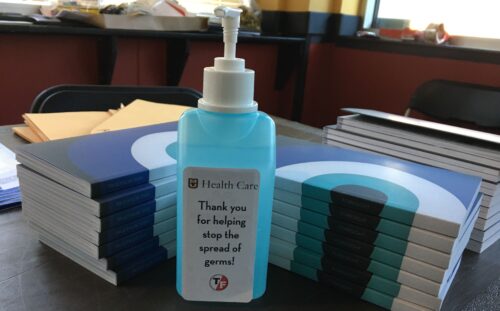