At this year’s True/False, the Fest collaborates with writer and programmer Ashley Clark on a celebration of the Black Audio Film Collective. This retrospective is a part of the festival’s Neither/Nor sidebar, a celebration of groundbreaking film movements that have evolved the discourse surrounding nonfiction cinema. This year’s Neither/Nor program is again presented with the generous support of the Academy of Motion Picture Arts and Sciences.

Formed in 1982, the Collective consisted of seven multidisciplinary and multimedia artists who came together at university and proceeded to collaborate throughout the 1980s and 1990s. With backgrounds in fields such as psychology, sociology and fine art, the Collective approached cinema in a way that was intellectually rigorous, inventive and expressive. Their breakthrough work, 1986’s Handsworth Songs, considered the complex causes and simplistic depictions of civil unrest in Birmingham and London. It aired on Channel 4 and sparked a debate in The Guardian between Salman Rushdie and Stuart Hall, the latter praising the film for its original techniques and for “making us look in new ways.” Later that year, the film received the British Film Institute’s prestigious Grierson Award for Best Documentary.

In later works, the Collective explored a vast array of topics, including post-colonialism, Afrofuturism, movement building and migration. As Clark writes, the Collective — namely John Akomfrah, Lina Gopaul, Reece Auguiste, Edward George, Avril Johnson, Trevor Mathison, and Claire Joseph, who was replaced in 1985 by David Lawson — embarked on “a relentless quest to harness the African diaspora’s kaleidoscopic thought-power to combat white supremacy as a historical, economic and conceptual form of oppression.”

During the festival, Clark is presenting four films from the collective’s catalogue: Handsworth Songs, Testament, Twilight City and Who Needs a Heart. These screenings, which begin on February 28 at the Ragtag Cinema and continue throughout the weekend, will be followed by discussions with Black Audio Film Collective members and collaborators, including Reece Auguiste, as well as sound artists Trevor Mathison and Gary Stewart. The full lineup will be announced in mid-February. Additionally, the festival is publishing a monograph featuring new essays by Clark, as well as interviews he’s conducted with Black Audio Film Collective members and associates. This monograph will be available for free at various venues in downtown Columbia and will later be published online.

“We’re beyond thrilled to be working with Ashley, whose brilliant and vibrant monograph draws unsettling parallels between Great Britain circa 1981 and today,” True/False programmer Chris Boeckmann says. “By and large, contemporary nonfiction filmmaking has yet to pursue the exhilarating creative possibilities opened up by the Black Audio Film Collective. We look forward to celebrating and discussing their generous, stimulating work.”

Clark is the senior programmer of cinema at BAM in Brooklyn, a position he has occupied since August 2017. He was the programmer of Black Star (BFI Southbank, Oct-Dec 2016; TIFF, Nov-Dec 2017), a major film season dedicated to exploring the range, versatility and power of black actors, and co-programmer of Making Faces on Film: a Collaboration with BFI Black Star (Museum of Modern Art, April 2017), a complementary New York edition. As a journalist, Clark has written extensively on film and culture for The Guardian, Sight & Sound, Reverse Shot, Village Voice and Film Comment; and his first book is Facing Blackness: Media and Minstrelsy in Spike Lee’s Bamboozled (The Critical Press, 2015). Ashley is also a broadcast journalist, and moderator.

This is the fifth edition of Neither/Nor, a program dedicated to scholarship and programming of vital movements that shift the boundaries of documentary filmmaking. Earlier editions have explored the legacy of the controversial Mondo film industry and the inspiring work of artists who found creative ways to defy censorship in communist Poland. Head here to read past Neither/Nor monographs. 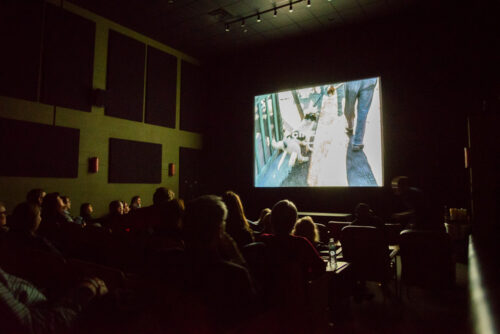 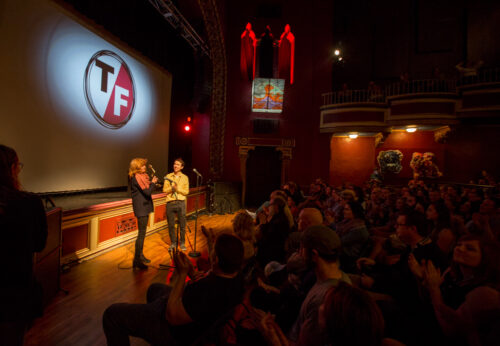 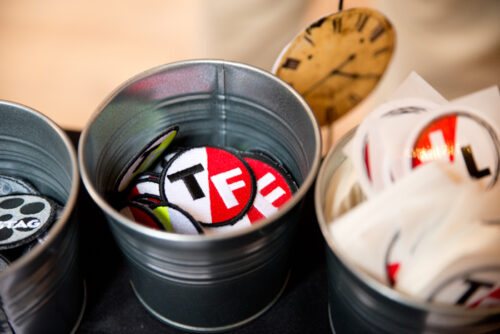