Columbia, Missouri — The True/False Film Fest is announcing the first round of film programming for its 17th edition, taking place March 5-8, 2020.

Bill and Turner Ross, directors of Blood Nose, Empty Pockets, will receive this year’s True Vision Award. In True/False’s annual repertory sidebar Neither/Nor, the festival will be spotlighting films from Missouri-born and -raised artists Lisa Steele, Christopher Harris, Tom Palazzolo, and Mike Henderson. As announced at the end of last month, the 2020 True Life Fund film is Welcome to Chechnya. The recipient of this year’s Fund is Maxim Lapunov, who will appear in person at the festival.

True/False is delighted to announce that Bill and Turner Ross, widely known as the Ross Brothers, will receive this year’s True Vision Award in honor of their achievements in and contribution to the field of nonfiction filmmaking. Their latest film, Bloody Nose, Empty Pockets, will screen at the festival alongside a retrospective of their work.

Bill and Turner Ross were born in Sidney, Ohio. With collaborative, scrappy filmmaking at its finest, the Ross brothers’ films are deeply rooted in the specifics of place while playing fast and loose with the rest. Their films may appear to be straightforward observational documentaries, but each production is in fact a series of highly orchestrated, intricately choreographed collaborative performances between the subjects, a team of filmmakers, and the space-time continuum. Full of twists and surprises, there’s a rebellious streak that runs through their films like a riddle best left unsolved as the Ross Brothers invite viewers on a cinematic joyride truer than fiction.

This year, we are proud to exhibit their debut film, 45365 (2009), a paean to the Midwest and small-town Americana; Tchoupitoulas (2012), a story of three brothers’ luck and losses one night in New Orleans; and their brand new feature, Bloody Nose, Empty Pockets (2020), one last hurrah for barflys, saints, and sinners in the city of mystery and second chances.

True Vision is the only award given at True/False. Past honorees include Nuria Ibáñez Castañeda (2019), Dieudo Hamadi (2018), Claire Simon (2017), and Mehrdad Oskouei (2016). Bill and Turner Ross are the first sibling pair and third filmmaking duo to win this award, with Lucien Castaing-Taylor & Verena Paravel (2013) and Joe Berlinger & Bruce Sinofsky (2004).

The series opens with a program of films from Steele, a Toronto-based Kansas City native and video art pioneer. Steele spent more than a decade working at Interval House, a women’s and children’s shelter. Drawing from her experiences at the shelter, she created composite characters for a series of films that explore their relationship with government systems. Two of these films, “Talking Tongues” (1982) and The Gloria Tapes (1980), will screen at the festival, alongside an earlier work, “A Very Personal Story” (1974). Steele will appear in person for a screening at Ragtag Cinema on Wednesday, March 4.

Henderson, who hails from Marshall and lives in San Francisco, is an artist, painter, blues musician, and experimental filmmaker. Some of his films turn household appliances into mesmerizing abstractions, while others, such as the slave trade reenactment “Down Hear,” find radical ways to explore history. The festival will be exhibiting a 16mm program of his work.

In his masterful debut still/here (2000), Harris returns home to north St. Louis and creates his own cinematic language to look at its vacant spaces. Harris will be joining the festival in person for a 16mm screening of the film. In a separate program, the festival will be featuring Harris’ “Reckless Eyeballing” (2004).

Palazzolo, also from St. Louis, is a Chicago-based artist who creates short films about American rituals—wedding showers, the lottery, beauty contests, picnics. His films find wry humor in their pageantry while also looking at their participants with warmth and tenderness.

All Neither/Nor screenings are free and open to the public. To read about past Neither/Nor programs, visit truefalse.org/neither-nor.

Through the True Life Fund, True/False acknowledges the risks, sacrifices, and contributions of documentary subjects; the risks for Maxim Lapunov and the other subjects of Welcome to Chechnya are truly life or death. This vital and harrowing film confronts an ongoing genocide directed at the LGBTQ+ citizens of the republic of Chechnya. Director David France (How to Survive a Plague, T/F 2011) embeds with a group of everyday citizens-turned-activists as they put their lives on the line to bring its targets to safety.

“Welcome to Chechnya is an ideal fit for the True Life Fund,” T/F Director of Programming Chris Boeckmann says. “For its subjects, the very act of documenting their existence puts their lives at risk. David France took that risk seriously—not only by scrupulously protecting his footage but also by creating a film that honors their trust. Welcome to Chechnya unveils horror with sensitivity and conviction while also holding the love that sustains its subjects as they courageously fight against it.”

Because of the highly sensitive nature of the film’s content, the Fest will provide information about local support services at each TLF screening.

The True Life Fund itself comprises thousands of individual gifts from festival attendees, which can be made in person at the screenings or by texting any amount to 573-818-2151 between now and April 30. Funds raised will go toward helping film subject Maxim Lapunov, who will be present for the Fest, cover relocation and security expenses as he and his family pursue justice in the European Court of Human Rights in Strasbourg.

For more about the True Life Fund, visit truelifefund.org 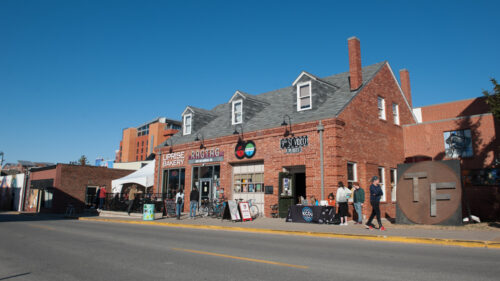 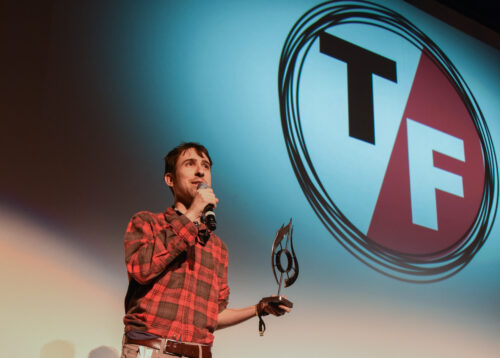 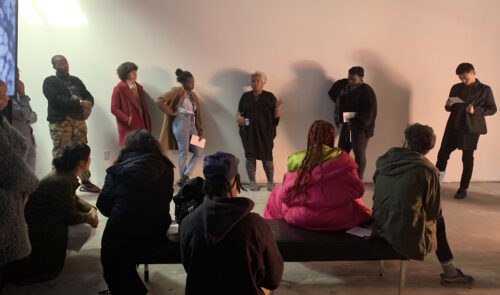